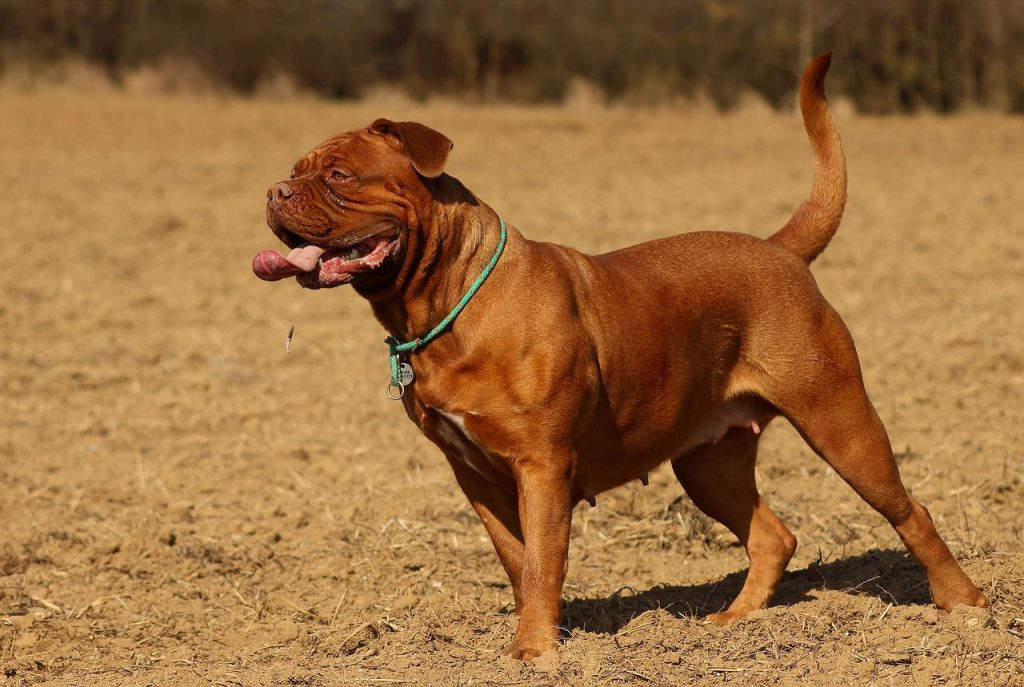 I was prompted to write this piece after meeting three dogs of the same breed, all displaying similar behaviour issues.

Those of you who have read my missives will know that I encourage people to rescue dogs. However, many will still go to breeders for specific breeds. This is done for many reasons such as always having had a breed, liking the look of them or someone recommending them. Whatever the reason for choosing a particular breed of dog, it is important to understand what you are bringing into your home.

The dog I am talking about here is the Dogue De Bordeaux (French Mastiff). This is one of the oldest breeds originating in France. These are powerful working dogs, very loyal to their families and very protective. This is a dog with one of the largest heads and jaws in the canine world. They are known to be stubborn and will dominate owners who fail to understand or train them properly.

In fact, like most dogs, socialisation is extremely important, as is training. These dogs need firm (not aggressive) discipline. Indeed, ownership of a breed such as this needs strong owners and ones that can commit time to their dog.

One of the three dogs, I mention here, was causing its owners difficulties and called me in to help. I will get back to this dog later.

I have a friend who had a Dogue De Bordeaux and highlighted the need to address the specifics of this breed, failure to do so would, inevitably, lead to problems.  These three dogs reflect his experience.

So, let me talk briefly about each dog.

Dog No 1 was a male around 8 years old. I met him in the woods when out walking with my dog Clint. As we approached, this dog was barking, snarling and lunging toward us. I gave Clint to Sue, who took him to a distance whereby the other dog relaxed. The owners told me this dog had always behaved like this and he was never off the lead around other dogs. As we chatted, this dog began to relax and, indeed, was happy to take a treat from my open palm. It was apparent that this dog was poorly socialised and his behaviour had been allowed to become the norm over his life. Even at eight years of age, this dog could still be helped if the owners were willing.

Dog No 2 was a young female, around 18 months. This dog had been got during the lockdown and, again, had very little, if any, socialisation in its young life. Consequently, although not aggressive, it was very fearful of strangers and other dogs. The owner was now walking the dog but did not really understand how to help the dog become more relaxed and sociable in the situations that were frightening it.

Dog No 3. I met this young dog during a home visit for a behavioural consultation. As I entered the home, this dog was growling, snarling and lunging, but still keeping its distance. Again this dog had been got during the lockdown. The owners both worked and this dog was left alone for periods. It was only walked for 45 minutes a day. The breeder had told them not to do any more than this until it was two years old. This alone was poor advice. These dogs need a lot of exercise. What the breeder should have advised was that the dog could have plenty of exercise, but not high impact until it was mature. This dog had been given very little training and was allowed on the furniture and often slept on or in the owner’s bed. This dog was displaying quite a lot of behavioural issues – dominant aggression (becoming aggressive if the owners tried to remove it from the bed or sofa), fearful aggression, protective aggression, refusal to relinquish objects, and this list went on.

Dog No3 was displaying a lot of issues that result from not doing the right things for the dog. This dog was dominantly aggressive and did not understand its’ position in the hierarchy of this family. Having removed the dog and placed it in another room (punishment) and then reintroduced it into the room where I was chatting with the family on multiple occasions, the dog relaxed and went to sleep within a yard of where I was sitting. Although this dog had multiple issues, with so much care and time she would be fine.

The point here is that whatever dog you welcome into your home it is critical that you understand the breed or mix of breeds you are taking on. All dogs need the basics; kindness, understanding, training, socialisation and they must understand their position in the home hierarchy.

Finally, I mentioned dominance aggression earlier. In my next article, I will discuss the difference between and dominant dog and a dominantly aggressive dog.