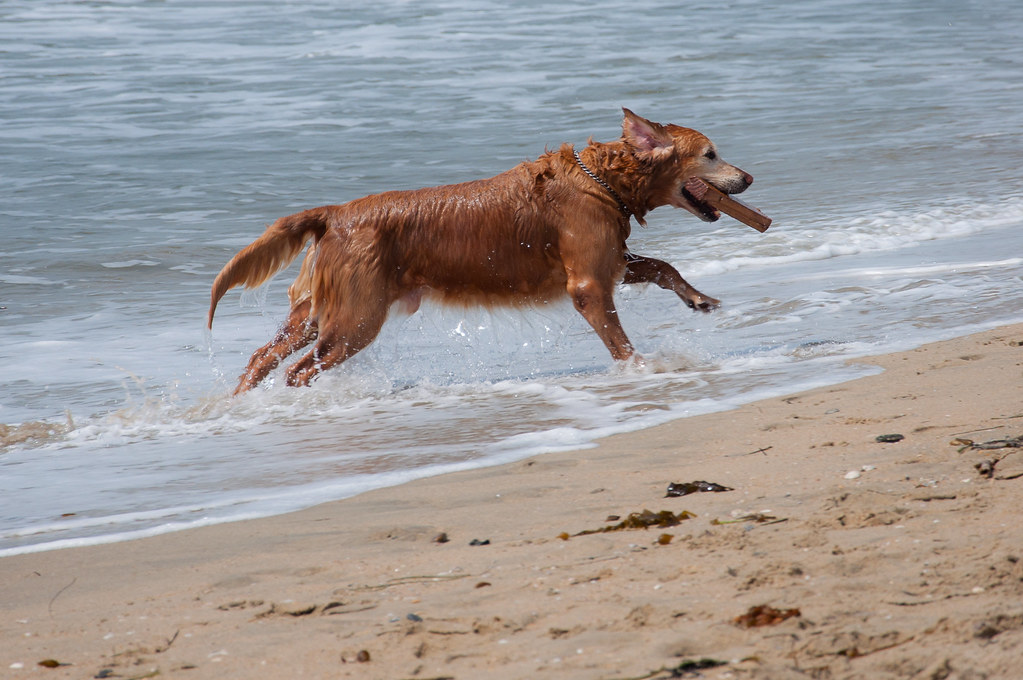 For those that read my missives, you will know, I am very keen to get dogs into the water. It’s fantastic fun for them and vital, in hot weather.

I witnessed, recently, another example of what not to do with a dog and water.

A couple and their children were playing with their youngish Labrador at one of Ziggys’ (my pup) water holes.  Their dog had, clearly, been in the water before Ziggy and I had arrived.  What they were doing now was silly and, possibly, dangerous.

They and their dog were standing on the riverbank, above a small weir. The dog was peering into the water, where his ball was bobbing in the flow from the weir. The humans were encouraging the dog to leap into the water.  He was, obviously, frightened by this prospect – his body language was signalling his discomfort very clearly.  The humans, unperturbed, kept on shouting at the dog to jump. It, eventually, did.

They then approached Ziggy and I, who were on a small beach and playing in the water.  I heard the dogs’ owner, saying to her dog “what a good dog, you were frightened, weren’t you?”  So, she realised the dog was worried but, still made it jump into the water.

I met this group a little later on another part of the river.  The dog got into the water and played, happily, with Ziggy. I was able to strike up a gentle, general, conversation about dogs and water.  They left me, understanding, now, that getting dogs to jump into water is, potentially dangerous (who knows what is below the waterline?) and, it can frighten a dog, putting them of water, altogether.

I will make it clear, again. NEVER, force dogs into water, whether by pulling it in by the lead or, indeed, throwing them in. Gentle encouragement from a dog owner in the water themselves, is highly effective. Remember, most dogs love water; some do not. Think about what you are doing and pay attention to your dogs’ body language.

Expert advice? Confused owners… Temperature is rising – get those layers on!