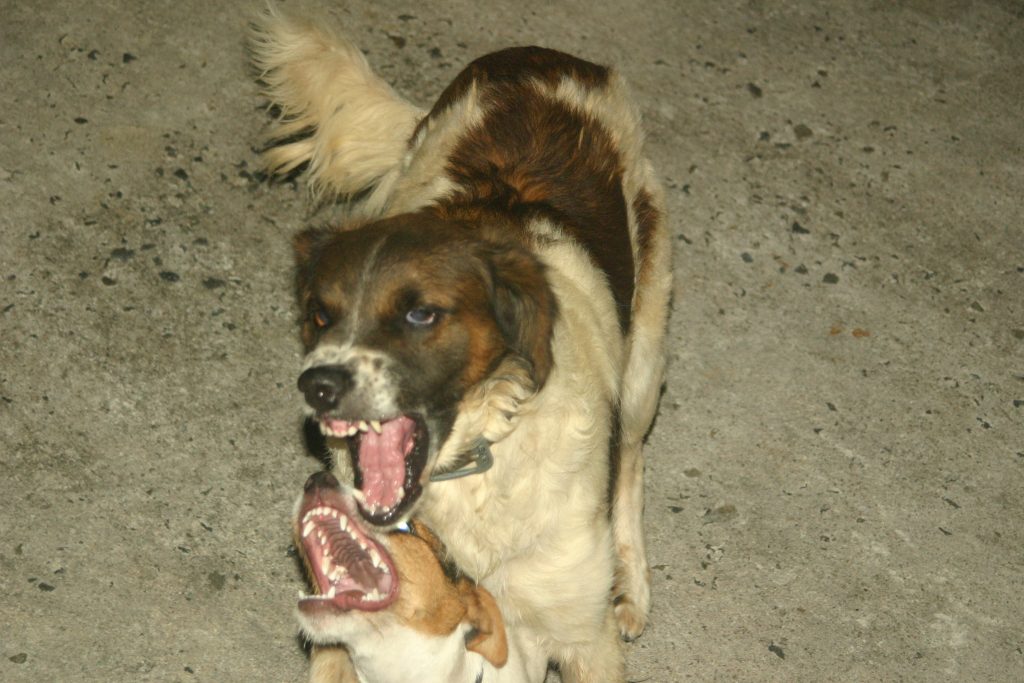 This is a subject that I have touched upon before. It is, however, worth looking at again.

I witnessed a situation, today, escalate rapidly into a multi-dog melee. I stopped to chat with a lady with her two dogs. We saw another couple approaching with their young Border Collie. She mentioned to me that one of her dogs had been, while it was on the lead, aggressive towards this Collie when he had approached. The other dog, who was off-lead, reached our little group and met up with her dogs who were both of lead. The meeting went well with all the dogs observing normal practice; sniffing of bums, etc. So far, so good.

Now, I had met this Collie a little earlier. He had shown typical Collie behaviour. Crouching low to the ground and giving my dog ‘the eye.’ Normal behaviour for a Collie. Remember, they are bred to herd. A polite meeting ensued with the Collie meeting my dog with no problems.

OK, back to the group I mentioned earlier. We were now being approached by an individual with his dog who, as always, was of lead. The owners of the Collie mentioned that the approaching dog had been very aggressive to their, then on-lead Collie a few days back. Things happened quite quickly from this point.

As the other dog approached, the Collie went into its crouch again. But, this time it was different. The body language now told a different story. The Collie’s body was taught, tail rigid, ears pinned to its head. This was an altogether more aggressive stance. I suggested the owners get the Collie on the lead. I could see how this was going to go.

Before a lead could be applied the Collie made its move. It, quickly, approached the other dog, had a sniff then stood alongside it, pressing itself against the other dog while giving it ‘the eye.’ The other owner grabbed his dog’s collar. His dog moved and the Collie went for it. All this happened over the space of 20-30 seconds.

The owner reacted by trying to force the other dog away, shouting at the same time. This was the signal for the other two dogs to get involved. Now four dogs were fighting.  This dissipated relatively quickly and, I don’t believe, anyone got injured.

So, what had happened here? This is my take. The Collie who, remember had been attacked by the approaching dog,  decided he would be the first to take any action. The leaning on the other dog was a demonstration of dominant behaviour. The Collie was also, probably, trying to get a response from the other dog; it moved and that was enough. The Collie then attacked.

As an aside, but not unrelated, my father-in-law, an ex-Metropolitan police dog trainer and handler often regales me with tales of his large, German Sheppard police dog. This dog would pin villains against walls and lean on them. If they moved, he would bite. The leaning was, simply put, a challenge to the human. The Collie was displaying similar behaviour with the dog above.

Owners need to try to understand the body language of their dogs. By doing so, we stand a better chance of managing difficult situations before they develop into problems. Of course, it is essential we pay attention to any situation we find ourselves in with our dogs.