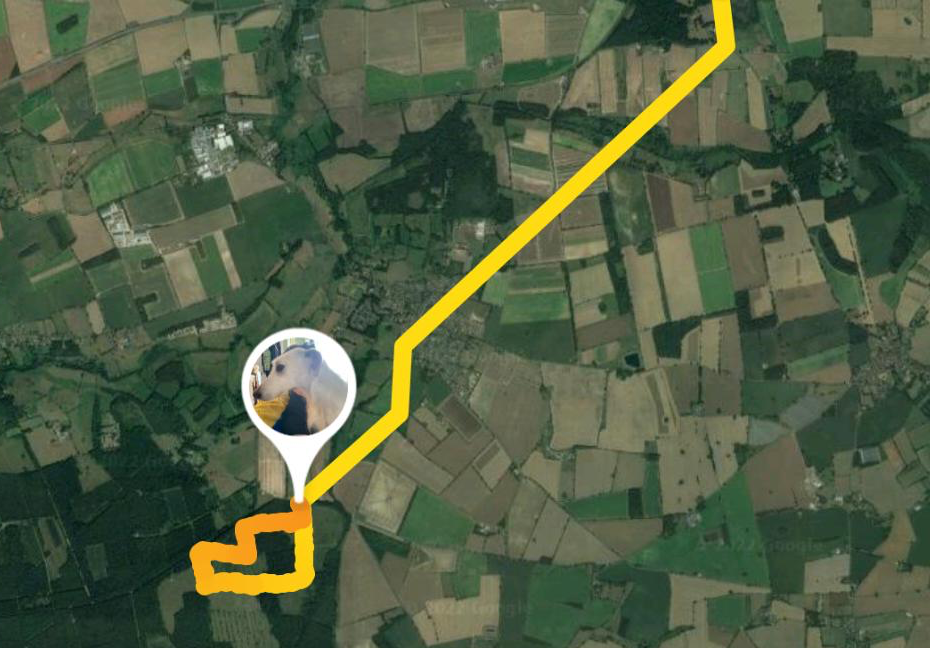 One of the common fears of all dog people is that of losing their pup.  This is one of the main reasons I ensure people understand that, probably, the most important thing to teach your dog is the recall. However, with the best will in the world, even the best-trained dog may get into a spot of bother occasionally.

Clint is my current charge, a rescued Lurcher who, I believe has been used as a stud dog and had very little, if any, training before he came to my home. Since, I have spent many hours teaching Clint about being a dog in a home, including, of course, intensive recall training; something we practice every day on every walk. Consequently, Clint’s recall is exemplary, particularly for a  Lurcher (many dogs like him will never be let off lead).

In the course of our outings, Clint can be relied upon to return on command or whistle, probably 98% of the time. For a Lurcher, with Clint’s background, that is pretty astounding. However, if a deer happens to cross Clint’s path, he WILL chase it! It is hard-wired in his DNA.  This happened a couple of weeks ago, a deer shot out of the undergrowth, directly under his nose, and he was off at pace before I could respond. He was oblivious to me, not surprisingly.

After a troubling 45 minutes, I finally recovered him. He was in a sorry state. He was exhausted, he had literally run himself to a standstill and had multiple minor cuts to testify to his chase. He was distressed to have lost me in the bargain. I took him to the vet for a check, all seemed OK. However, a little later he was passing black urine and did not look well. Another discussion with the vet ensued.

Clint was most likely suffering from ‘exertional rhabdomyolysis.’ He didn’t worry me with the full picture, he did recommend plenty of water and rest for a week or so.

Because of clint’s protracted chase he had suffered muscle injury/damage that had caused the release of muscle breakdown products, myoglobin and potassium. Having excess potassium in the body can result in irregular heartbeats, and myoglobin is known to cause acute kidney failure. The myoglobin was responsible for the brown-coloured urine. In severe cases, this can be fatal to a dog such as Clint. It is not uncommon in racehorses and racing greyhounds.

Clint’s condition was not severe and he has made a rapid and full recovery. It did, however, get me thinking about any precautions that I could take in the future. I decided, after discussions with Sue, my better half, that we could take a look at trackers. I would at least be able to locate Clint a lot faster if I knew his general direction.

After much research, I opted for a product. Clint is seen below modelling it. 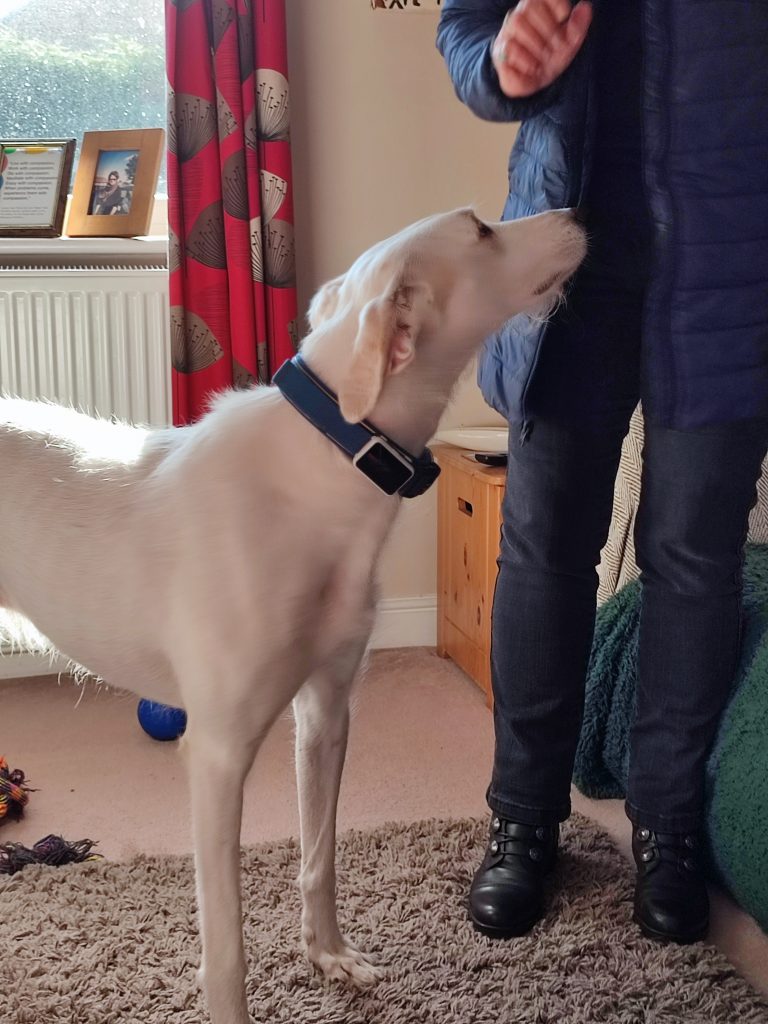 The tracker is lightweight and has a limitless range. It records each walk and can also live track Clint if need be. Set up correctly it is very accurate. The tracker works using the 2G network so requires a small monthly fee, around £4 – cheap at the price for peace of mind in my opinion. The tracker itself was around £55.

Although the tracker has many features including setting zones that generate alarms if Clint should venture too far (something I haven’t used), there is one that is proving very useful. The tracker allows me to record voice commands that I can activate from my phone. This is proving an effective training tool. I use it to continue Clint’s recall training. So, if he is out of sight in the woods, I issue a remote voice command paired with a whistle blow. The effect on Clint is he is a little startled and responds quickly to the whistle and returns to me. A very useful feature that is further strengthening Clints’s recall.

That said, this voice command is only effective because Clint has received, and continues to receive strong recall training.

So would I recommend this approach to others? I certainly would for dogs that may, on occasion, get themselves lost. Better safe than sorry.